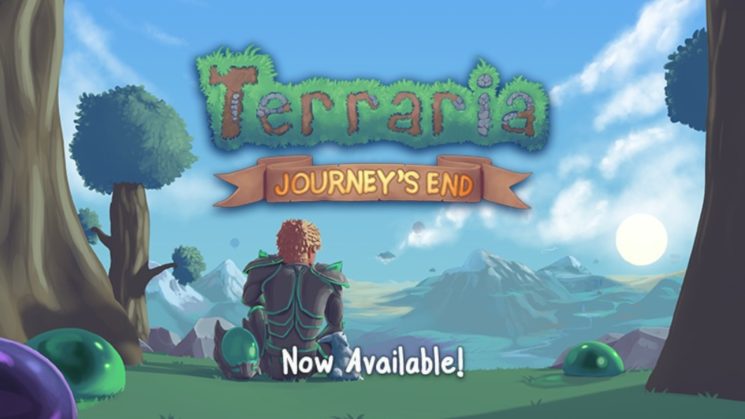 Do you like playing games that are fun and adventurous at the same time? If yes, then you should definitely play Terraria. It is a 2D game that is all about building homes, doing adventures, and exploring new things. A new version, Terraria 1.4 has been released for console users recently. The developers have updated most of the features that allow the console users to enjoy them equally. Let’s discuss this new version of Terraria in detail so you can get some help while playing.

Terraria is an adventurous 2D game developed for Microsoft Windows by Re-Logic. It is an interesting game that was launched 11 years ago in May 2011. Several gamers have been playing this game on different platforms as it has different features that make the game interesting. Almost 44 million copies of Terraria have been sold to date which means that it is highly popular and has been very well received by the people. The gameplay and the interface are very much similar to the famous Minecraft.

The Terraria 1.4 update came out in May 2020 which was big news for all the PC players. The updated version for the console took a little longer and came out later in September 2021. A lot of effort is required for using different platforms and accommodating all the gamers at the same time. The Terraria 1.4 update is the last update that came after four long years and is considered the biggest of all time.

Harry Alston updated the fans through his Twitter account about this Journey End’s update. Playstation, Nintendo Switch, and Xbox players received the update a few months back but still, it lacks cross-platform compatibility. They waited a long time to play Terraria on their consoles but the developers made the wait worth it. The addition of adventures and the new modes makes Terraria more exciting and interesting.

A whole bunch of features including settings, maps, images, graphic quality, controls, etc have been added. Let us discuss some of these features that have been added or updated so you can have a better understanding of them. These will change your overall gaming experience and you will enjoy this 2D game more.

The addition of new modes allows you to customize the game and play according to your comfort zone. A power menu is introduced that can help you control the systems and manage different powers so you can stand out. The items that you search in the menu are saved in case you want to purchase them again. Moreover, you can change the weather conditions and the lighting in the updated version.

Master mode is the most difficult mode and is a challenge for all the skilled players who have been playing the game for years. The Terraria master mode is the ultimate challenge as the opponents have more health and can resist damage. You have to be careful as the 1.4 updates will punish you relentlessly for every mistake that you make. Put in some extra effort to prove yourself as the Master of Terraria.

This update for the console users was a major hit and there is no going back from this. It changes the quality of life in the 2D game as no one can ever destroy your home. You can also replace the old blocks with the new ones by placing them on each other. The old blocks swap automatically with the new ones and go back to the inventory. This feature saves a lot of time which you can invest in creating your own golf world.

Terraria introduces a mini-golf world that can be made by the players. You can make your own golf courses, introduce new ways of playing, scorekeeping, and much more. All the friends in the game can be invited to a match. This is one of the interesting features that most people like as it makes Terraria a complete package.

As the name implies, the void vault can be used to store the extra items that are not required. You can place this in your home like an extra bag that has all the stuff you might think you will be needing in the future. It is an inventory that holds 40 slots and prevents your actual inventory from overflowing. All the extra stuff can be saved here which can be grabbed whenever in need.

To add the element of suspense and interest, the developers added this feature. In the graveyard biome, you can find adventures and mysteries in the tombs. The dark and deep tombstones will have mysteries that will have to be solved. You need to be aware of the enemies and the dead bodies that have been buried in the graveyard for many years.

Everything, from settings to features has changed in this update. If you are an old player who has the experience, you will find Terraria absolutely new after the 1.4 console update. Rebalancing of all the items is done from the start. The functions are changed so you have to understand before starting to play. Even if you are a beginner, it will be the best time to enjoy this adventurous game on your console.

After the biggest and the last update of the Terraria 1.4 for the consoles in history, the fans are curious to know about the cross-platform compatibility. Unfortunately, Terraria is not compatible on cross platforms but the developers have promised to integrate it. You have to wait a few more months to play with your friends who use a different platform than yours.

Yes, Terraria 1.4.1 is available for all Xbox users. They had to wait for a long time for the update but the new features and settings are totally worth the wait.

Does the console have 1.4 Terraria?

Yes, the consoles have 1.4 Terraria after the biggest update in history. It took four long years for the developers to make the game available for the console users but still, they lack cross-platform compatibility.

Yes, 1.4 is available on PS4 after so many years. The developers of the game worked hard to make it available for all the gamers using different platforms.

All the information regarding Terraria 1.4 Console update is discussed in detail in the article above. New features along with some settings have been rebalanced that make this 2D sandbox game more interesting and adventurous. Although the update lacks cross-platform compatibility, the developers will give their best shot for this as well.