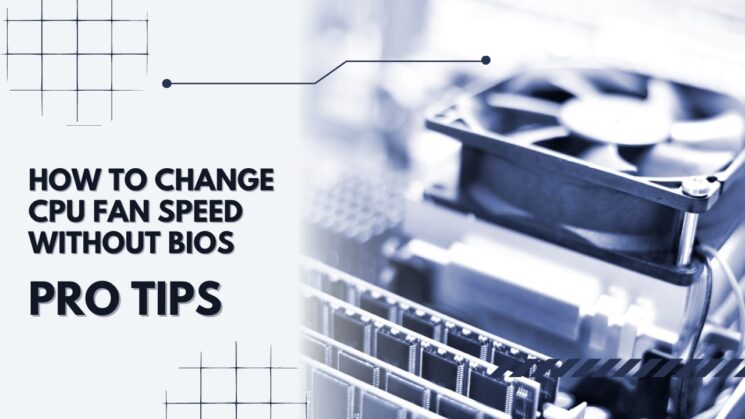 Ever wondered about the control procedure of your CPU fan? The control should be in your hands ‘cause from issues like overheating to reducing the fan speed, you need to control the CPU fan randomly.

That’s why we will share how to change CPU fan speed without bios in detail with you. Everything you will need is software or an auto controller.

Are you sweating over it? Don’t worry, cause the process is very simple if made clear.

Keep on reading and we will also let you know if it’s possible to adjust the fan speed properly without bios or not along with other necessary information. So, let’s dig deeper together!

How to change CPU fan speed without bios?

Among all the key parts of the PC, the CPU fan comes in the very first row. So it’s important to have control over the CPU fan for keeping your PC calm and cool.

Tips: Changing the CPU fan speed will become much easier if you use software for doing so.

There is a software named SpeedFan that can help you at that phase.

Although it’s a little bit difficult to handle that, the steps mentioned below will help you to set the CPU fan speeds according to your choice. 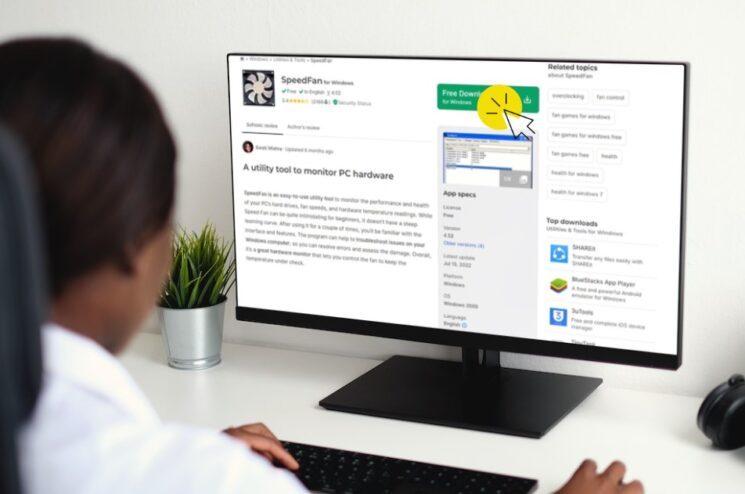 SpeedFan is software for controlling the CPU fan speed. For using the speedfan software you have to download the latest version of that software from its official site.

Once you are done with the downloading, start installing the software for using that.

After the installation process, give some time to the software and let it read all the important details about your PC.

Now the question is how to inquire about the temperatures of different stuff of the PC.

The main window will bring the RPM of the fans and will give you all the information about the temperatures of the motherboard chip, processor, hard disk, and so on.

You can also use system monitoring tools such as Core Temp and HWMonitor to monitor and adjust the fan speed.

Generally, these tools will allow you to set the fan speed to a fixed speed or to a custom speed profile that you define.

Depending on the specific hardware and software you use, you may also be able to set the fan speed to automatic, allowing it to be adjusted based on the temperature of your system.

When you are done with all the introductions with temperatures you can move forward with step-2.

You should keep in mind that the SpeedFan software is not that easy to deal with. It’s a little bit complicated. Allowing the automatic fan speed process won’t be enough for meeting all your needs.

That’s why you have to do some stuff with the fan controls. For getting started you have to click the Configure button and then choose the Advanced tab.

Now click the “Chip” drop-down menu. Clicking all the PWM options and setting them as Manual will put an end to step-2.

This software is available for free from many different sources, and can be used to adjust the speed of the fan to match the temperature of the CPU.

The software can also be used to set the fan speed to a specific level, or to automatically adjust it based on the temperature of the CPU.

It can also be set to alert you when the temperature of the CPU reaches a certain level, allowing you to adjust the fan speed accordingly.

Go to the “Speeds” tab after being done with clicking the configure button and setting the RPM to both maximum and minimum for your fans.

Then go to the fan control tab and set the temperature according to your choice. This step will also help you to see if there is any wrong with your whole process.

However, finally, go to the Temperatures tab to set up when to speed up the fan and when to slow down and also set the Desired and Warning temperatures.

So that you can be noticed if everything is okay or not. Now that you are done with changing the CPU fan speed, you won’t face any difficulties.

Fan speed settings can be adjusted manually, or the application can use a pre-determined profile such as silent or performance.

Users can also customize the profile to their own desired settings. Using a third-party application to adjust fan speed settings is an easy and convenient way to control the fan speed without having to access the BIOS.

Now here’s the thing, if you find it troublesome to change the speed using the SpeedFan software, there’s another way of changing the speed using BIOS. in this case, you can use the External Fan Controller.

An external fan controller will allow you to control the CPU fan without a BIOS. Also, the process is easy. But you might have to spend money on the external controller if you don’t have one already.

What Can You Also Do? 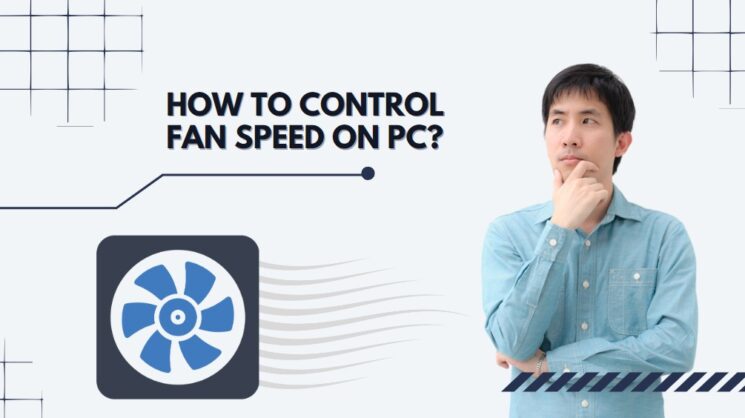 If you want to change the CPU fan speed without BIOS, you can utilize motherboard software utilities. These utilities are usually provided by the motherboard manufacturer and can be accessed by downloading the software from the manufacturer’s website.

The software utilities allow you to control the fan speed as well as other settings such as temperature monitoring, voltage monitoring, and more.

With these utilities, you can fine-tune your fan speed settings for the best performance for your system. It’s important to make sure you download the correct software for your motherboard to ensure that it works properly. 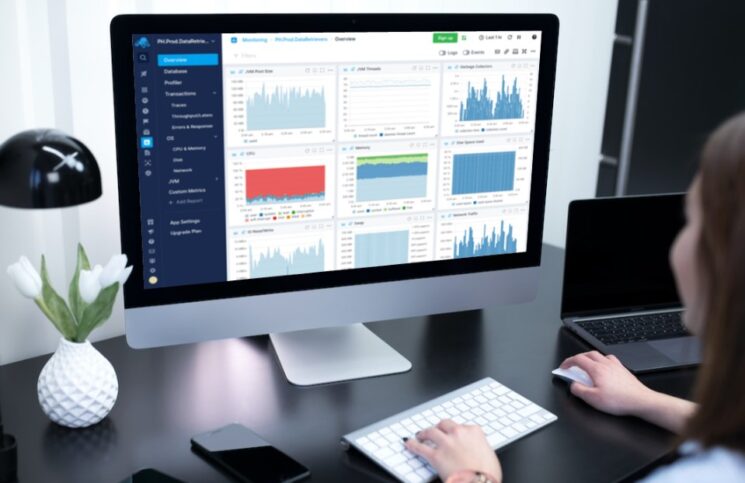 It is possible to change the CPU fan speed without BIOS, but it isn’t as straightforward as when using BIOS. To do this, you’ll need to use a system monitoring tool, such as SpeedFan, to monitor the fan speed and adjust accordingly.

With the program, you can set the fan speed manually, as well as automatically adjust it based on certain criteria. While SpeedFan can be used to adjust CPU fan speed without BIOS, it is important to note that the exact settings and options may vary depending on your motherboard and system.

Can you change the fan speed without BIOS?

Sometimes due to overheating or any other reason you may feel to change the CPU fan speed. BIOS is the best way of doing so.

But sometimes the BIOS may not work. At that phase, you may think there is no other way of changing the fan speed and it’s impossible to do so without BIOS.

But you are wrong.

There are a bunch of other ways of changing the fan speed.

As it’s so important to change the fan speed whether the reason is overheating or something else, you can try some software for changing the fan speed.

You can also set the automatic fan speed tab. But the results of that aren’t always satisfying and appreciable.

So downloading software will meet your needs.

You will find a lot of software for changing the fan speed but according to the experts, SpeedFan is the best way for doing the change without BIOS.

Despite being a little bit difficult to use, the software does not harm your PC. However, for protecting your PC, you definitely should try the SpeedFan or any other fan speed-changing software to change the fan speed. 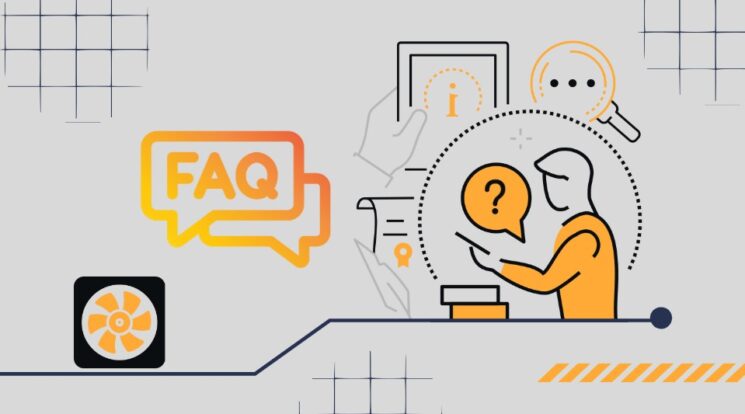 Is BIOS mandatory to control the CPU fan?

No, you can easily control the CPU fan without the BIOS. We have shared the detailed procedure for you above.

Do I need to buy anything to control the CPU fan without BIOS?

If you don’t have the SpeedFan software, you will have to buy an external fan controller. It might cost you money.

Is it hard to control the CPU fan without BIOS?

Yes, a little bit. But if you have no other way, then the easiest procedure that you can follow is to buy the external fan controller to get it done.

We have reached the end of our suggestion about how to change the CPU fan speed without bios.

Hopefully, the procedure is entirely helpful for you.

Also, we have shared a few other additional information to help with your work.

Hopefully, our well-analyzed opinion and the easy procedure have brought you out of your problem.

If you find the procedure of installing and using the SpeedFan software troublesome, just buy the external fan controller for you and use that.

The fan controller is easy to find and use and it is beginner-friendly as well. If you still fail to control the fan, try seeking expert help.