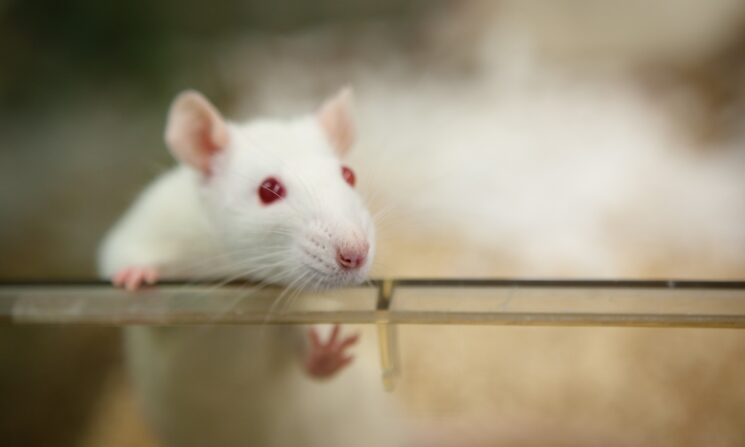 Within the US government, some of the most widely known animal experimenters are the military, the Department of Veterans Affairs, and the National Institutes of Health. But some other agencies also fund, contract, and/or perform torturous procedures.

The Drug Enforcement Administration flies under the radar in this regard, but a new business-opportunity posting reveals some scarce details about the DEA’s overlooked animal experimentation.

Before putting out a call for bids from contractors, agencies sometimes test the waters by asking for feedback to gauge industry interest and capabilities. The DEA wants to see how many labs have the ability and desire to test new street drugs on animals.

The DEA says that it’s been seizing lots of novel compounds lately. These compounds are almost always slight chemical variations (“analogues”) of existing drugs, such as meth, fentanyl, morphine, ecstasy, LSD, THC, DMT, etc. To put these variants on Schedule I, the DEA needs to show that they have the same (or worse) physical effects and “abuse potential” as the drugs on which they’re based.

Part of that process, the DEA feels, must involve repeatedly dosing mice and rats with these drugs.

In fact, this seems to be already happening. The DEA’s call for feedback makes passing reference to “preliminary studies (in vivo)” that have already been conducted.

The second paragraph of the DEA document begins:

“The DEA consistently seeks to obtain information and comments from industry that will provide the agency with insight into market conditions and/or scientific advances that will aid in the refinements of requirements and the formation of an acquisition strategy for in vivo rodent testing to determine abuse potential of new and emerging drugs.”

If the DEA truly wants “insight into…scientific advances” regarding this, maybe some industry members will tell them about the advanced state of in vitro testing, computer modeling, and microfluidic/electrode chips (“humans on a chip”). (The Department of Energy, among many others, is working on these chips.)

The 13-page “Request for Information” – posted above – gives lots of specifics about what the DEA wants done.

In addition to testing the analogues, the DEA also wants the lab to test the standard, non-analogue drugs on a control group of animals. Isn’t this unnecessary? Haven’t the effects on mice and rats already been established? Just search the medical literature, and you’ll see that it’s littered with studies looking at all kinds of effects, including neurotoxicity, of meth, ecstasy, THC, fentanyl, etc. on rodents.

And when it comes to LSD, Dr. Albert Hofmann – who first synthesized the drug – wrote in 1979: “The toxicity of LSD has been determined in various animal species.” He mentions “several hundred pharmacological investigations” involving LSD and animals, then discusses some experiments on rats and mice. Again, he wrote these words almost 40 years ago. (In his book, LSD: My Problem Child.)

Do we really need more animals to suffer to get data that we’ve already had for decades? 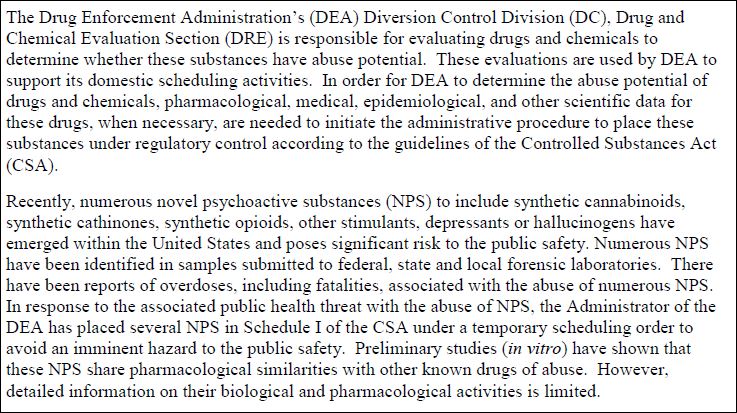