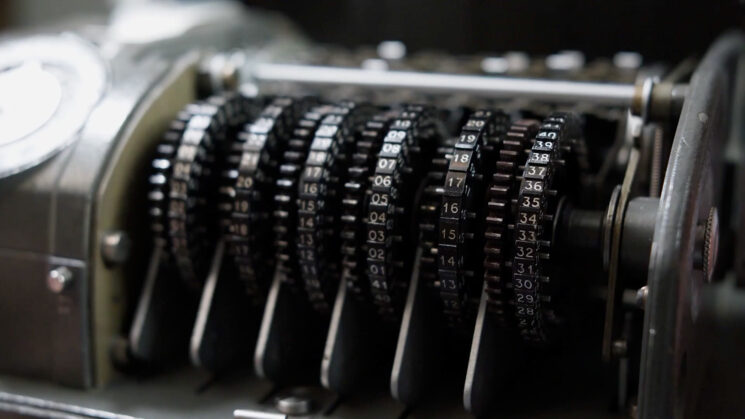 Next door to the National Security Agency is their National Cryptologic Museum, which, unlike the CIA’s museum, is open to the public. Within this historical collection of signal-spy artifacts is a library. You can see the library’s extensive holdings in this 726-page PDF. While looking through this listing, I was intrigued by – among many other things – a folder labeled “Poetry From Arlington Hall.”

Arlington Hall was the legendary home of the Army’s Signals Intelligence Service, which broke Japanese codes during World War II (among other accomplishments) and eventually was subsumed/morphed into the NSA. Arlington Hall is now an historical landmark.

A colleague who was going to visit the Cryptologic Museum asked me if there was anything I’d like from the library, and he kindly supplied me with a photocopy of that slim file. It contains originals of four documents, all humorous poetry:

It’s hard to say exactly when these poems were written, but there are several clues that it was during WWII, rather than after. 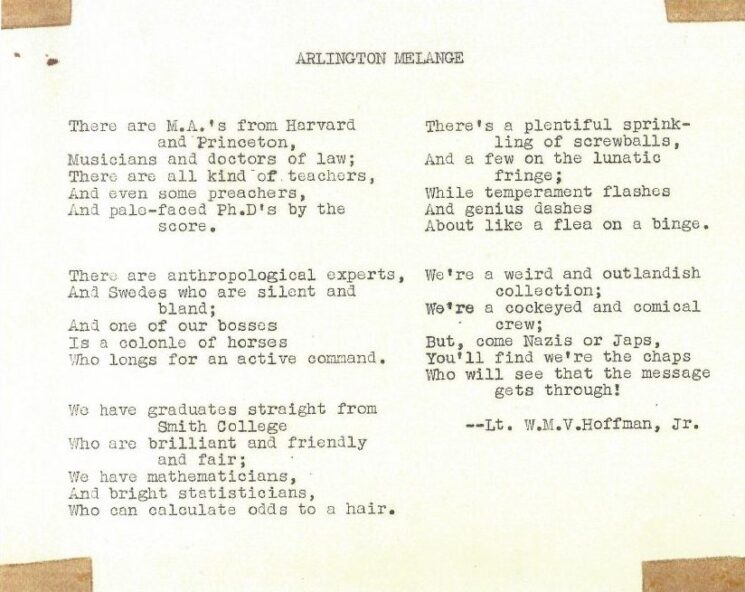