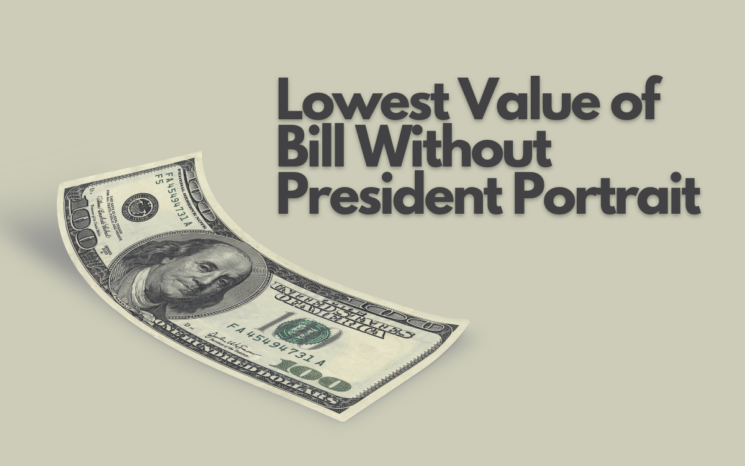 What is the lowest value of U.S. pare money without a portrait of a U.S. president? This is a question that is a common topic of debates and bar bets across America, and today, we are going to shed some light on this question and provide you with an answer.

As you probably know, the U.S. dollar is one of the most prominent and influential currencies in the world, and it has an ever-increasing value. The demand for this currency is continually increasing, mostly because of its impact on the global market, especially in third-world countries. We did a bit of research and came up with some info about the dollar’s history and the faces on its bills. There is a lot to cover, so let us start.

The Faces of People on the U.S. Dollar Paper Money 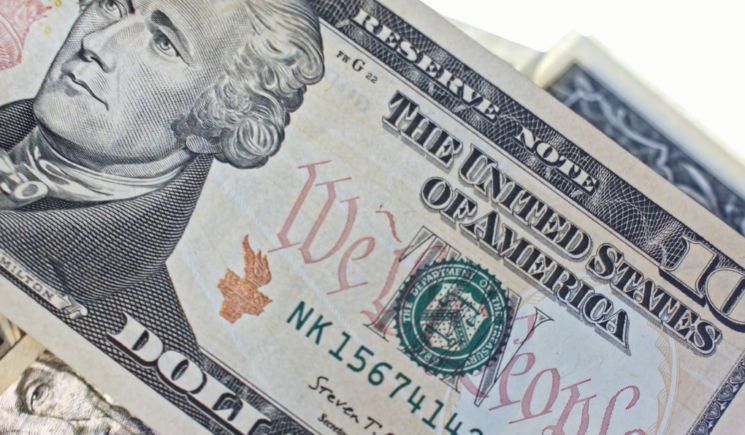 There is a total of seven U.S. dollar paper bills, and each of them has a portrait of an important person from American history. Here are the bills sorted in the order and the faces on them:

The larger bills stopped printing in 1945, but most of them continued to circulate until 1969, when the Federal Reserve began destroying those that the banks received. There are a few that still exist to this day and are actually legal to spend. However, they are incredibly rare and are worth more than their face value to collectors.

What Is the Lowest Value of a U.S. Paper Bill Without a Portrait of a President?

Most U.S. paper bills feature a portrait of a former president of the United States, but there is a total of two bills currently issued by the government that do not:

The lowest value of a U.S. paper bill without a portrait of a president is a 10-dollar bill. Hamilton was not a U.S. president. However, he was Secretary of the Treasury under George Washington’s presidency and was one of the most prominent people responsible for creating the U.S. banking system.

The $100 is the bill with the highest value and second lowest that does not feature a portrait of a U.S. president. Ben Franklin was much more than the president of the state. He was a statesman, inventor, and one of America’s founding fathers. Aside from that, he was also one of the biggest politicians and innovators in the state’s history.

One Discontinued Bill Also Had a Portrait of a Non-president

The paper bills we have listed above are the only ones currently issued by the U.S. government. However, in the past, there was a higher-value bill that also featured a non-president portrait on it. It was a 10.000 dollar bill that was discontinued in 1969, and it featured a portrait of Salmon P. Chase.

Chase was the Secretary of the Treasury during Abraham Lincoln’s rule and was never a U.S. president. This particular bill was the highest dollar value paper money that ever publicly circulated.

Who Decides the Faces on Every U.S. Dollar Bill?

The person that has the final say over whose face should make it to the U.S. dollar bill is the secretary of the Department of Treasury. However, the exact criteria for making such a decision are generally unknown.

It is safe to say that the faces on current dollar bills are the ones that had an important place in American History and that these faces are generally some of the founding fathers of the country. One of the most obscure faces is definitely the one we already mentioned, and it is on a 10.000 USD bill with Salmon P. Chase’s face on it.

Chase was one of the people in American history that is most deserving for the design of the nation’s paper currency, as he was the Secretary of the Treasury during Abraham Lincoln’s presidency. He was also the father of Kate Chase Sprague, who was a widely-known socialite during Lincoln’s presidency.

Alive People Are Not Allowed to Be Put on the U.S. Dollar

Federal law of the United States prohibits any living person’s face from being featured on the dollar currency. Over the course of years, rumors spread by social media and the internet that claimed that some living presidents, including Barack Obama, were being considered for inclusion on U.S. dollar bills.

In recent history, there was a plan to redesign $5, 10, and $20 bills. It was planned to include Harriet Tubman, who would be the first woman represented on the face of paper currency since First Lady Martha Washington’s portrait was featured on the $1 silver certificate in the late 1800s.

It was also planned to keep the faces of Lincoln and Hamilton on $5 and $10 bills, but the backs of those would depict key persons in the suffrage and civil-rights movements, Marian Anderson and Martin Luther King Jr., on the 5 dollar bill and Lucretia Mott, Sojourner Truth, Susan B. Anthony, Elizabeth Cady Stanton, and Alice Paul on the 10 dollar bill.

However, the election of Donald Trump in 2016 may have halted these plans since the Republican president’s administration did not sign onto the idea of swapping out Jackson and Tubman. Trump also declined to endorse this idea, stating before his election that he preferred to keep his favorite president on the 20-dollar bill.

This concludes the subject of what is the lowest U.S. bill without a portrait of a U.S. president. Although people on ten and 100-dollar bills were not the presidents, they were certainly important figures in American history and are well-deserving people of honor of being featured on one of the most popular currencies in the world.