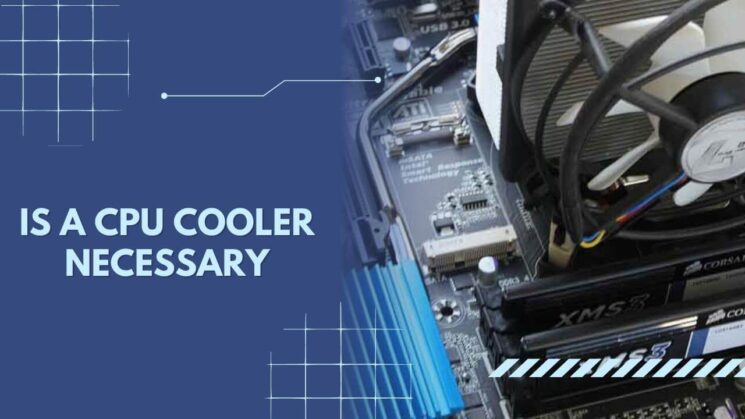 Whether you plan to overclock or not, using a CPU cooler is mandatory. A CPU cooler can lower the risk of damaging your PC’s components from overheating.

Therefore, when you ask: is a CPU cooler necessary- we don’t take a second to reply, of course, it is! If you don’t use a CPU cooler, you will throw your PC at potential risk for internal component damage.

You might need to stick to different CPU coolers depending on your usage. So, today, we will share our wide knowledge about it.

Is A CPU Cooler Necessary?

Undoubtedly, the answer is yes. You must need a CPU cooler while using your PC, whether you are a heavy user or not.

Otherwise, you are more likely to damage the internal components and the CPU.

However, there is an idea that if you don’t overclock, a CPU cooler is not necessary. Do not fall for that.

The truth is, whether you overclock or not, your PC requires a CPU cooler. You might even face a thermal shutdown when the computer overheats.

Therefore, modern PCs often do not start if the motherboard cannot find a proper cooling system.

So unless you ensure a good cooling system or CPU cooler, you might not even be able to start the PC.

So, the bottom line is you can use your PC without a CPU cooler, but you should never do that.

Using the PC without the preferred CPU cooler can bring irreparable damage. Therefore the performance will go downhill as well.

Why Do CPUs Get Heated Up?

It is normal for the CPU to get heated up while using the PC. This is because as you use the PC, when the electricity passes through the CPU, it transforms into heat.

If your CPU gets hot while using the PC, it’s not a problem as long as you have a proper ventilation system to cool it down. That’s why you need to use a CPU cooler.

When the CPU is overheating, if you don’t have a good cooler installed inside, it will throttle itself, and you will have a laggy outcome. If the heat increases, your CPU will perform a thermal shutdown.

How Long Can The CPU Survive Without A Cooler? 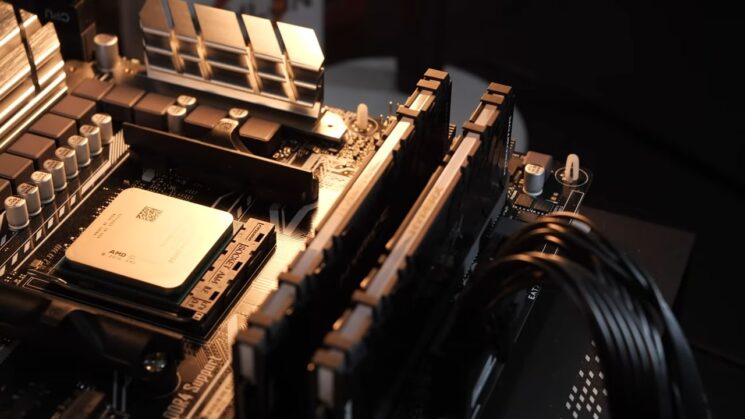 You can run the computer without a cooler, but that will be super risky. As a result of overheating and not taking care of the produced heat with cool air, you may damage the internal components and hardware.

When you attempt to use the CPU without a cooler, it will run for the highest 20 seconds without any issues. Then the heat will rise to more than 70 degrees, and your CPU will perform a thermal shutdown.

If you don’t use a CPU cooler, your CPU won’t necessarily die, but you will lose its longevity.

Therefore, you will see several internal damages due to the spike of heat inside. That’s why you should never use a PC without a CPU cooler.

How Much Is Too Hot For A CPU?

You will face the outcome of throttling during your usage, usually between 90 and 105 degrees Celsius. So any increase of the heat of more than 70 degrees will concern your CPU.

What Kind Of CPU Do You Need To Use?

Now that you know how important a CPU is for you, you must know the right one to choose according to your needs. But which one is right for you?

You will find three major types of coolers for the CPU. These are the air coolers, closed-loop coolers or AIO coolers, and custom or open-loop cooling setups.

We are going to introduce these three for you now briefly. 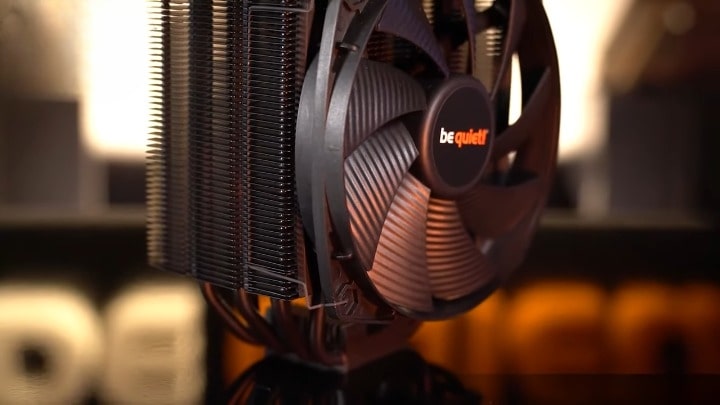 General PC users prefer to use CPU air coolers, and these are the most common types of coolers available.

These coolers come at less cost, and you can use these coolers as an alternate to your stock air cooler.

An air cooler or tower cooler will use the ambient air around it using a CPU fan to cool off the PC.

These coolers are easy to install and will work just fine to adjust the heat inside your PC. Also, as these coolers are reasonable in price, you can replace them without much trouble even if a problem occurs.

According to your computer’s build, you can choose any one of these to help you. 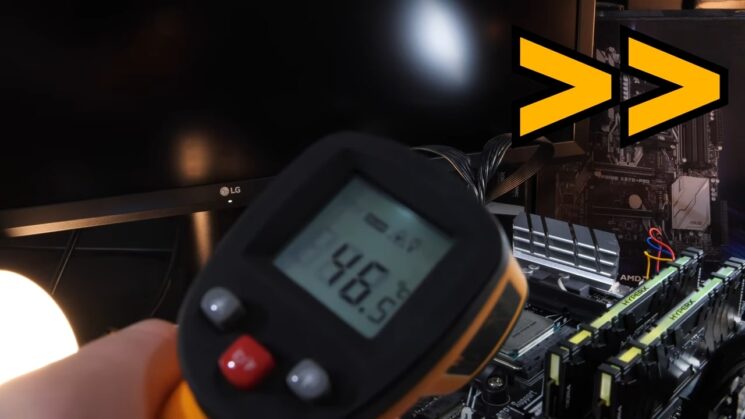 The full form of the AIO cooler is all in one cooler. These coolers come with a radiator, fan, tubes, pump, and cooling unit to effectively cool down the CPU.

If you plan to overclock the PC, an AIO cooler will help you keep the temperature down.

For heavy PC users, 360mm AIO coolers are worth the purchase. You will need thermal paste or thermal compound to install these coolers; therefore, the installation may seem to be quite complex. But these coolers produce less noise than the air coolers, which is an upside.

Lastly, we have open-loop coolers or liquid coolers. This liquid cooling system is way more complex to use than the other ones, but the heat dissipation is top-notch.

You will need a few things- a radiator, reservoir, pump, and the GPU water block to set the cooler up.

After gathering everything, you will need to attach these using tubing. You will have the best CPU cooler once you set up the liquid CPU cooler.

This cooling system is incredible for heavy PC users like professional gamers.

AO vs air cooler, which one is best for your CPU?

AIO coolers are better CPU temperature coolers than air coolers. So you will get an effective outcome in cooling off your PC with AIO coolers.

You can also deal with overclocking with these coolers. So when you want the best out of your cooler, an AIO cooler will be the one for you.

Do you need an aftermarket cooler if you’re not overclocking?

If you are not overclocking, you can carry on with your stock cooler. However, switching to an AIO cooler is also a wise decision when you don’t want to use an aftermarket CPU cooler.

What happens when you start the PC without a CPU cooler?

After starting the PC without a CPU cooler, you will experience throttling after a while. Once the hot air is spiked up and the temperature reaches beyond the tolerance level, your CPU will process a thermal shutdown, and your PC will be turned off.

Generally, if you’re upgrading to a faster or higher-end CPU, you’ll need to get a new CPU cooler.

To avoid this, make sure to get a cooling solution that’s compatible with your new CPU. 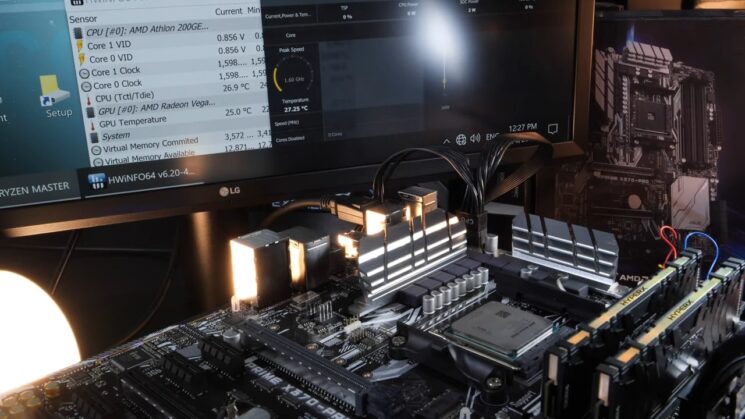 Do CPUs come with their own CPU cooler?

There are many different types of CPU coolers available on the market, so be sure to choose one that is compatible with your CPU.

Can you run your CPU without a CPU cooler entirely?

No, you cannot run your CPU without a CPU cooler entirely. However, if you have a good quality CPU cooler, you may be able to run your CPU at a lower temperature and reduce the need for active cooling.

Additionally, if you are using a laptop or other device where space is limited, you may be able to get away with using a smaller CPU cooler that still provides adequate cooling.

We have briefly explained the answer to: is a CPU cooler necessary? By now, you already have the idea of different coolers, and you know that using a cooler is a must regardless of your PC usage.

However, if you choose to go without a CPU cooler, it will most likely reduce the lifespan of your CPU. As the air and AIO coolers don’t cost much, you shouldn’t neglect to get one for your PC.

Pick any of the three different coolers and save your PC from internal damage depending on your usage. To avoid any inconvenience, make sure to match the CPU with the PC case and the CPU socket.